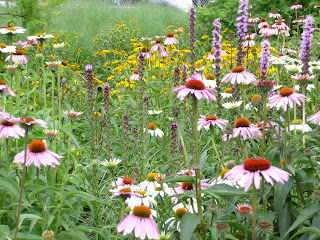 Well I know it has been a long time since I updated this blog..... I turned out to be too busy with my clinic, toddler and lecturing to keep it up. Since my last post a lot has changed. I now am based in New York which so far has proved every bit as exciting as you would expect. I am always on the hunt for herbs in the city and hope to post some pictures of herbs I have spotted on the mean streets of Manhattan.
My first post however is not about herbs but about the dangers of mobile phone radiation.
A very well researched book was published by Dr Devra Davis this month highlighting these dangers of mobile phone radiation.
(http://www.environmentalhealthtrust.org/content/about-dr-davis ) She is a Ph. D professor and scientist who recently testified before a U.S. senate committee panel about the dangers of phone use. Her books makes chilling reading.
For those of you who don't have the time to rush out and buy the book here is a brief synopsis:
SHORT TERM AFFECTS TO EXPOSURE OF CELL PHONE RADIATION
LONG TERM AFFECTS TO EXPOSURE OF CELL PHONE RADIATION
So why aren't the mobile phone companies warning us? Well they are but in tiny print. These are the REAL warnings added in tiny 6 point type by the mobile phone companies- here they are in larger type:
What can you do to limit exposure?
Well I think that is enough to be going on for today! Looking forward to my next post.....
Bibiolography:
Disconnect: The truth about cell phone radiation, what the industry has done to hide it, and how to protect your family. Devra Davis. Dutton. New York, 2010.
Posted by Daniela Turley at 6:17 PM

Its an incredible joy perusing your post.Its brimming with data I am searching for and I want to post a remark that "The substance of your post is amazing" Great work. 123eworld.com